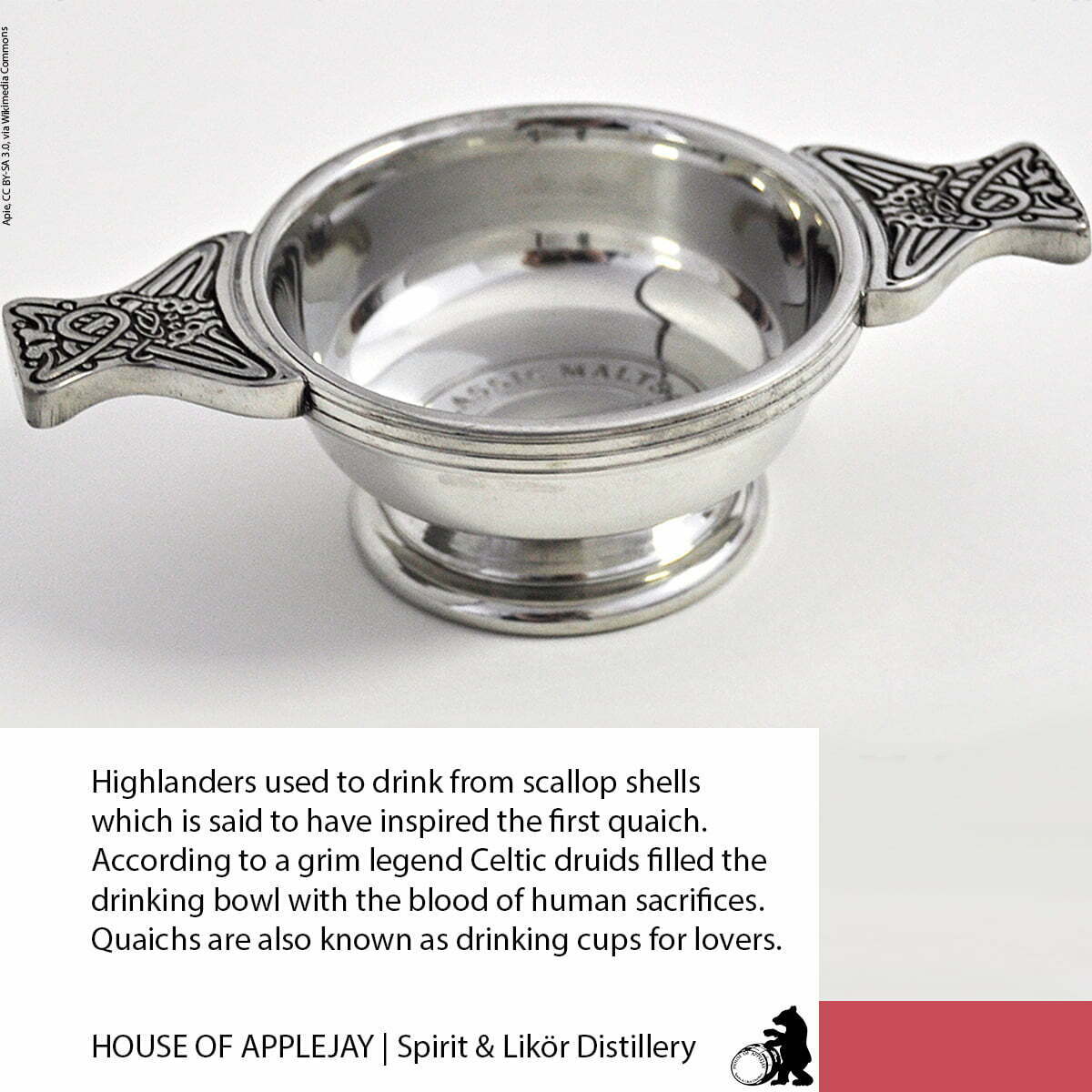 The quaich is a traditional drinking vessel from Scotland. It is a flat bowl with two handles. The name derived from the Gaelic word cuach, meaning mug. It is unclear where quaichs originate from,   though some historians believe that Highlanders used to drink from scallop shells, that inspired them to design the first quaich. Another grim legend claims that quaichs were used by Celtic druids around the 2nd century B.C., who are said to have filled the drinking bowl with blood from the hearts of human sacrifices.

In earlier centuries, quaich were made of wood or horn. From the 17th century they were made of silver and metal. The vessels have been used by clan chiefs, merchants and simple farmers alike for a welcome or farewell drink on their visit. They were used to serve brandy and whiskey.

Sir Walter Scott has served drinks in silver quaichs. Bonnie Prince Charlie’s cookware included a quaich. Some quaich were even designed with a glass bottom so that its owner could watch the drinking companions.  Quaich with a double glass bottom were popular among lovers so that they could seal a lock of the loved one’s hair between the glass bottoms. King James VI. of Scotland gave a quaich as a wedding present to Anne of Denmark and Norway in 1589. Drinking from a quaich is as well used to symbolize a seal and bond of two people and their families.

The Keepers of the Quaich, is a Scotland-based international association dedicated to the care, preservation and promotion of Scottish whiskey culture.

← Du Kang - About China's oldest liquor Witches, Brewing, and Distilling →
Back to blog