Tepoztēcatl and the 400 rabbits 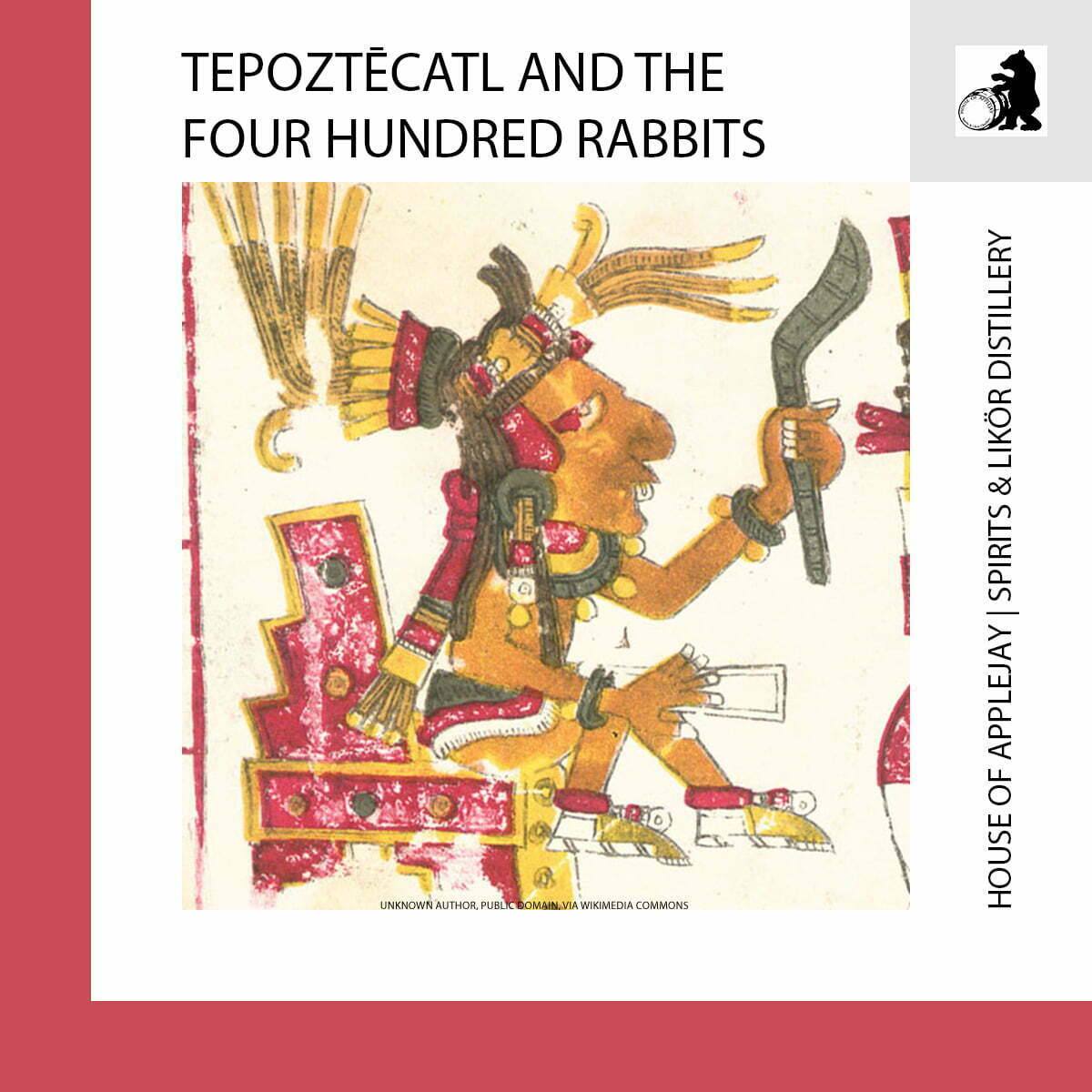 In Aztec mythology Tepoztecatl (also Tezcatzontecatl) was the god of pulque, drunkenness and fertility. He was one of the four hundred sons of Mayahuel, who embodied the agave plant from which the alcoholic pulque was made. His father, the god Pantecatl, discovered the fermentation process. Pulque is fermented agave (or maguey) juice that played an important role in religious rituals of the Aztecs.

In some legends the chief of the four hundred pulque gods was named Ome Tochtli (Two Rabbits) as a synonym to Tepoztecatl, in some areas though a distinction is made between the two gods. As a pulque god, Tepoztecatl was also associated with fertility rites and the moon. In drawings he is normally depicted with his nose pointing upwards and his face colored half red and half black.

The rabbit is the symbol of the god of pulque in Aztec mythology. Therefore, the various degrees of drunkenness were referred to in Aztec culture by the names of pulque gods: For example, “four hundred rabbits” was considered to be completely drunk, whereas “fifteen to twenty rabbits” meant a little tipsy.

In Tepoztlan, today Morelos, Mexico, Tepoztecatl used to be worshiped as a tribal god.  The Pyramid of Tepozteco (also El Tepozteco) dates back to 1250 AD and was a place of pilgrimage. Aztecs traveled from Chiapas and Guatemala to worship the pulque god of the 400 rabbits in Tepoztlan.  In the 16th century the temple statue of Tepoztecatl was destroyed by the Dominican priest Domingo de la Anunciacion.