The Fill Line And The Kefeloher 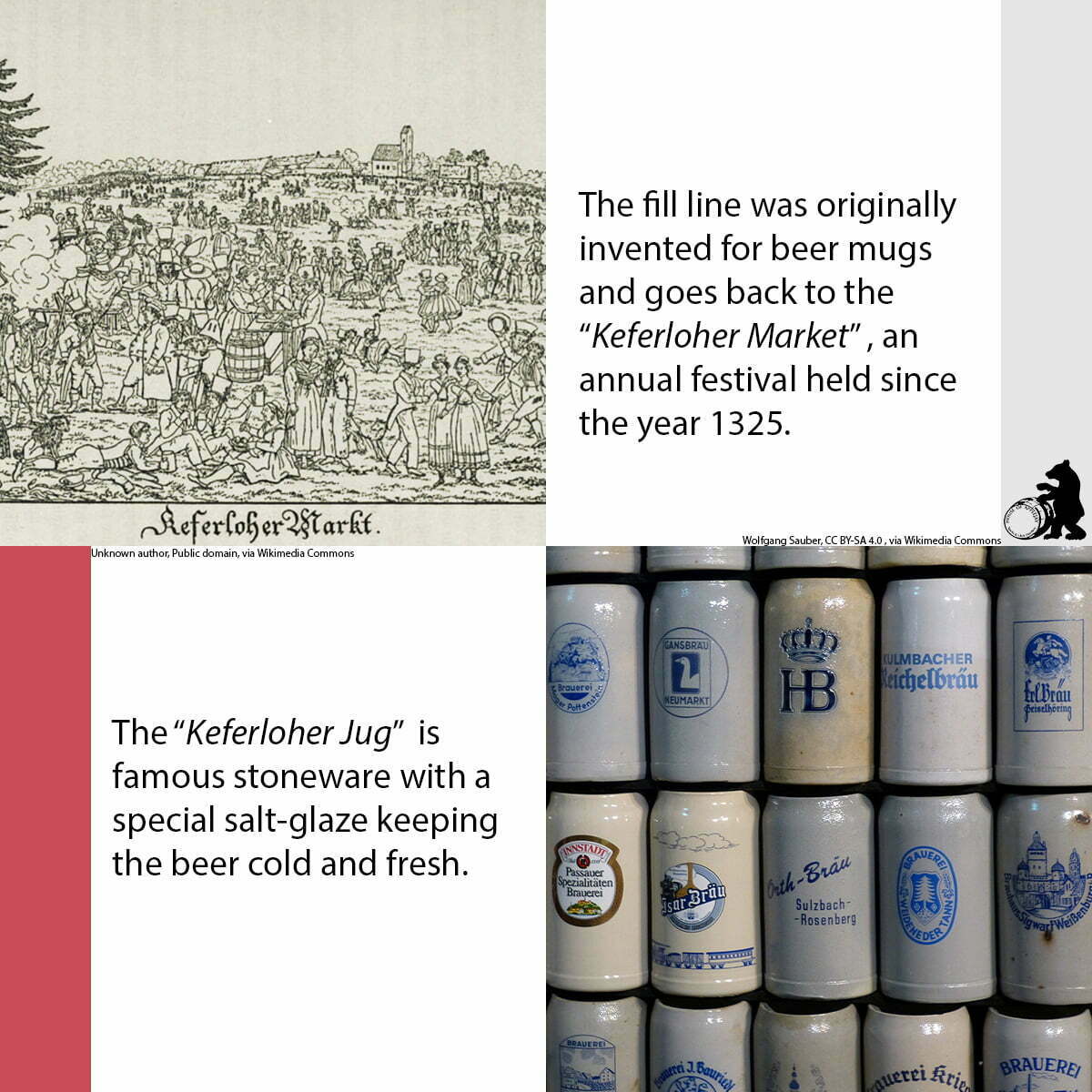 The filling line is a marking on serving vessels originally on beer glasses, later as well on wine and shot glasses, indicating the filling level for a specific volume.  Anglo-Saxon and North American pint glasses have typically no filling line for the full glass, but a pint is reached when it is filled to the glass’s rim; half a pint, is indicated by a fill line.

Between 1809 and 1811, the administration of the Kingdom of Bavaria introduced a uniform capacity for beer, the “Munich beer jug”, also known as a measure, with a defined content of 1069 ml. It replaced the more than 95 previous measurements of the various regions of Bavaria. In 1879 the official calibration mark was introduced in Germany changing the beer mug measure from 1.069 liters to exactly 1.000 liters.

The history of the fill line in beer mugs though goes back to the town of Keferloh, today a district of Grasbrunn in Bavaria. The city was known for its annual market known as “Keferloher Montag” which was held since 1325. The market became famous around 1800 when many authors and painters started writing about the event. It was the largest gathering of people in the Kingdom of Bavaria until the Oktoberfest surpassed it the mid-19th century. And, the Keverloher Montag was known for its high beer consume -people from all over came to drink together. When newspapers advertised the Keferloher Montag – the city was in need of solutions: Providing enough drinking vessels for everyone and ensuring the same amount of beer was served per mug to prevent fights and bad advertisment.

The Keferloher jug was originally invented as a disposable container for the Keferloher Montag.  It was a cheap and fast solution for the beer festival organisatiors as clay was widely available in Bavaria. Due to the insulating effect of the clay and special salt-glaze added to the stoneware, the beer stays cool longer and fresher for longer which makes it until today a popular drinking vessel and the fill line inside the mug is used until today to control if one was served “enough” beer.