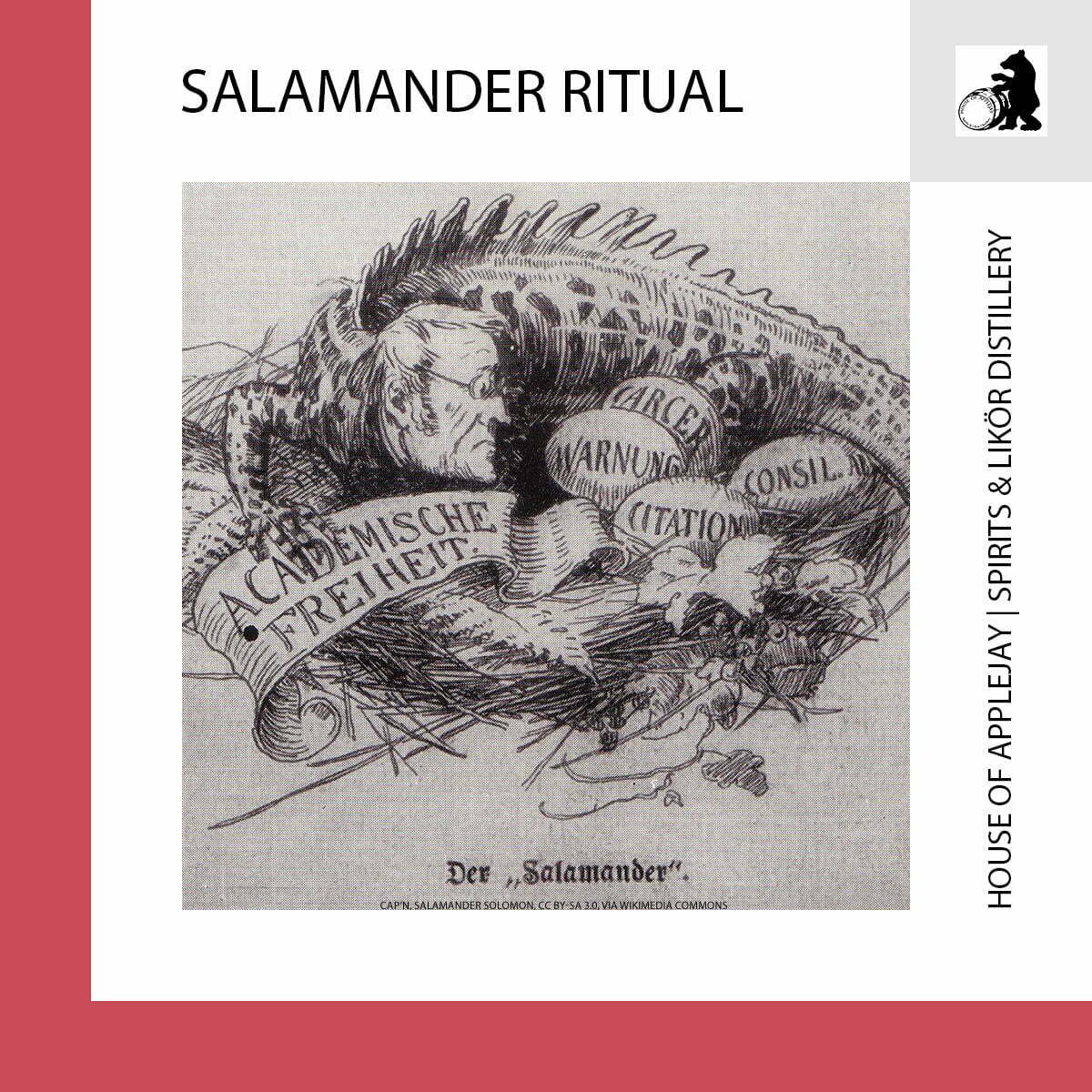 “The salamander” is a drinking ritual that includes the knocking (and rubbing) of glasses on the table before or after drinking together, sometimes both. It is a widespread “Zutrinken” ritual among student associations, and less known  outside the acadamic drinking culture.

The ritual starts at the command “ad exercitium salamandri” (Latin for “to execute the salamander!”), all participants in the drinking ritual drink their beer in one gulp and call “cheers”. Then everyone knocks the glasses on the table followed by putting them down loudly on the table one to three times at the same time. This is usually preceded by a command. Depending on the student association and their degree of preserving traditions rituals can differ significantly from one another. Examples for variations are the “Flemish salamander” where before the actual execution of the ritual, a extremely long announcement is made about the effect of the “primal” salamander, before the participants are finally allowed to drink. In Austria the so called “Festsalamander” is mainly a special form of the salamander honoring association members. The 1951 DEFA black and white movie “Der Untertan” (novel by Heinrich Mann, directed by Wolfgang Staudte) gives an example of an “Honorary salamander“.

The salamander ritual came up in the 18th century, and its name may possibly goe back to the Corps Saxo-Borussia Heidelberg. There are some references to the salamander in literature hinting that the ritual may be originally connecting to the drinking of schnapps, whereas today beer is used for the ritual.