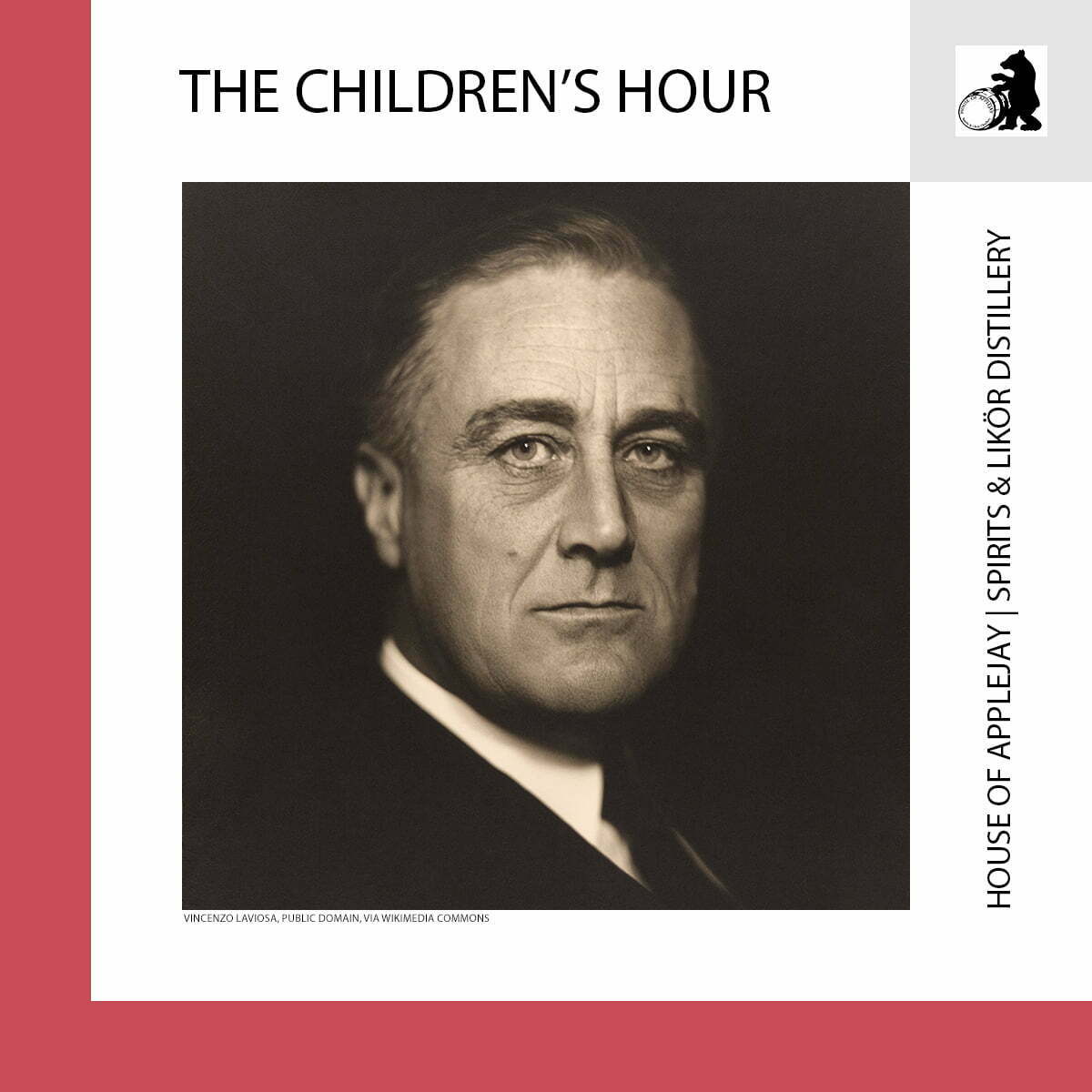 Franklin D. Roosevelt won the hearts of booze-loving Americans and is mostly known for his promise to end nationwide Prohibition with the 21st Amendment. When Roosevelt came into office he first signed the Cullen–Harrison Act legalizing the sale of beer with 3.2% alcohol and light wines in March 1933. The Cullen–Harrison Act was a modification of the Volstead Act and focused on changing the level of alcohol content that was deemed “intoxicating”. Beer with 3.2% alcohol is not to be confused with prohibition period “near beer” (also called cereal beverage or cereal beer), which was a beer where most or all of the alcohol was removed. On December 5, 1933 the 21st Amendment ratified, though this did not end all prohibition as cities and counties were free to continue to ban alcohol sales and consumption on local levels. Some dry counties and dry cities remained in the United States until today.

Less known is that Roosevelt was also fond of cocktails and especially martinis, whiskey-based Manhattans, and Bermuda Rum Swizzles. Roosevelt’s “Children’s Hours” were social gatherings to enjoy cocktails and gossip. It is believed that Roosevelt named the “Children’s Hour” after Henry Wadsworth Longfellow poem. These cocktail parties preceded dinner, and it was a custom to leave official business at the door.

Between the dark and the daylight,
__When the night is beginning to lower,
Comes a pause in the day’s occupations,
__That is known as the Children’s Hour.

I hear in the chamber above me
__The patter of little feet,
The sound of a door that is opened,
__And voices soft and sweet.

From my study I see in the lamplight,
__Descending the broad hall stair,
Grave Alice, and laughing Allegra,
__And Edith with golden hair.

A whisper, and then a silence:
__Yet I know by their merry eyes
They are plotting and planning together
__To take me by surprise.

A sudden rush from the stairway,
__A sudden raid from the hall!
By three doors left unguarded
__They enter my castle wall!

They climb up into my turret
__O’er the arms and back of my chair;
If I try to escape, they surround me;
__They seem to be everywhere.

They almost devour me with kisses,
__Their arms about me entwine,
Till I think of the Bishop of Bingen
__In his Mouse-Tower on the Rhine!

Do you think, O blue-eyed banditti,
__Because you have scaled the wall,
Such an old mustache as I am
__Is not a match for you all!

I have you fast in my fortress,
__And will not let you depart,
But put you down into the dungeon
__In the round-tower of my heart.

And there will I keep you forever,
__Yes, forever and a day,
Till the walls shall crumble to ruin,
__And moulder in dust away!

← Where The Spirits Come From... Symposium →
Back to blog