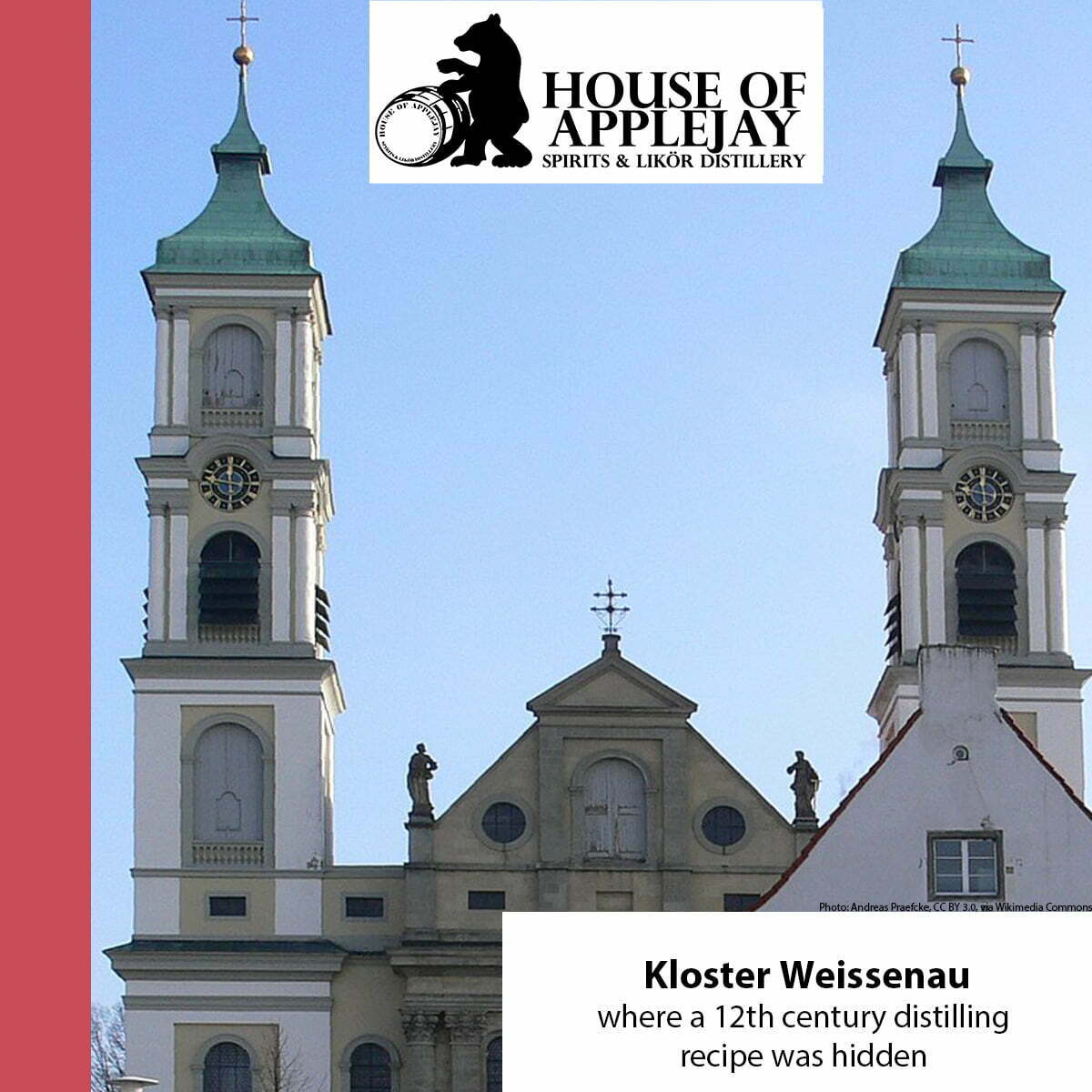 The Premonstratensian monastery in Weissenau was founded in 1145. In its abbey was found the parchment manuscript no. 761/765 from the 12th century. At the end of this manuscript text was a trimmed sheet hidden in the cover with various recipes. The recipes were hand-written, presumably by different people. Some of the recipes written in secret languages and all texts are probably dating to the late 12th and beginning 13th century.

The first recipe in the last column is about “aqua ardens” (burning water). The recipe describes adding to a still one pound of wine and one pound of red powdered salt (or roasted in a hot pot), four ounces of living sulfur*, and four ounces of cream of tartar (tartare). Closing everything with a lid and collecting the distillate by the cooling down through the riser pipe. A cloth steeped in this distillate will keep a flame. In order for the “water” to retain its effectiveness, it should be kept in a glass jar without pores. When used, the living sulfur is said to be “extinguished”.

*(In the Middle Ages scholars made a distinction between ordinary (naturally occurring) sulfur, and not yet heated sulfur, which was also called “living sulphur” (“sulfur vivum“).)

The receipt is similar to that of the “Storia dell medicina” from the Codex of San Gimignano, also dated to the 12th century. However, since there are differences in both recipes, it is assumed that both draw on a common recipe from the 8th century that was written in “Insular script” which was difficult to decipher and could have caused many of the differences.