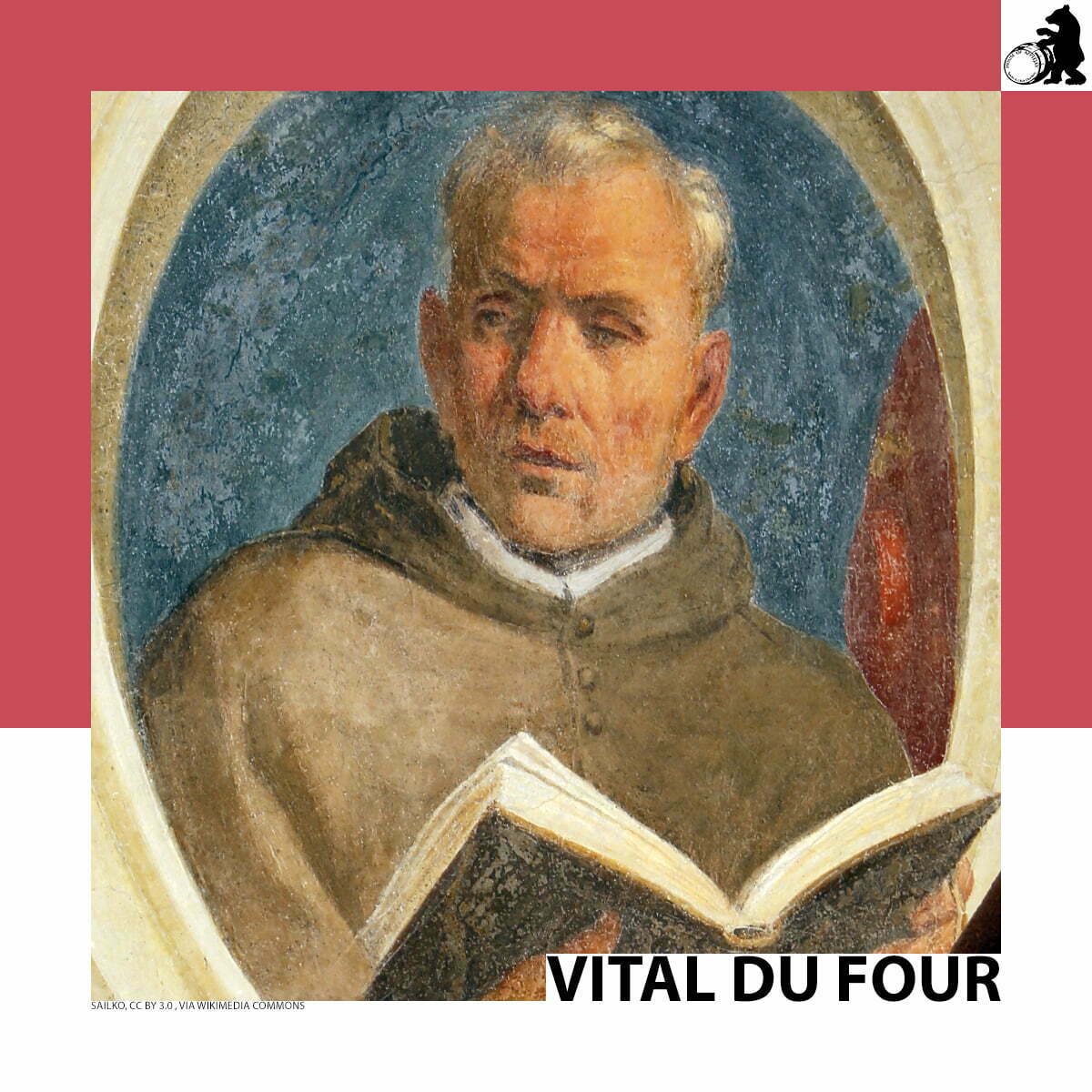 Cardinal Vital du Four (Vitalis de Furno) was a Franciscan theologian, scholastic philosopher, and alchemistic scholar in Southwest France from 1260 to 1327. He is known for his work “Liber selectiorum remediorum pro conservanda sanitate ad totius corporos humani morbos” (written in 1310, printed in Mainz, Germany in 1521) in which he describes the 40 virtues and medicinally valuable effects of alcohol distilled from wine (aqua ardens). Du Four describes that alcohol consumed in moderation has positive effects on one’s spirit, brings back past memories, makes men joyous, cures pains, delays senility while preserving youth. His work is a compilation of the medicinal knowledge of its time and contains as well excerpts from other renown authors.

Nonetheless, the reference that Armagnac was mentioned as early as 1310 by Vital Du Four is to be questioned. Du Four studied in his time at the university of Montpellier aqua ardens and the effects of the use of drinkable alcohol in medicine in general. The typical characteristics of Armagnac though and how its production differs from other brandy came not yet into play.

In the middle of the 16th century, the so-called “aygue ardente” (which trade began as early as 1464) was exported via the Atlantic port city of Bayonne in France. Main customer was Netherland which at that time was the most important sea power in the world and important trade partner for alcoholic beverages. Therefore, it is very likely that it were Dutch traders that named the brandy after the region of origin “Armagnac“.

Armagnac is a brandy distilled from certain white wine grapes exclusively produced in the Armagnac region of France. Different than Cognac, Armagnac is made in column stills since 1819, and aged predominantly in new French oak casks. Today, Armagnac brandy is legally protected by Appellation d’Origine Controlée (AOC) and designated product of France protected under EU laws. It can legally only be distilled in the Armagnac region of France.