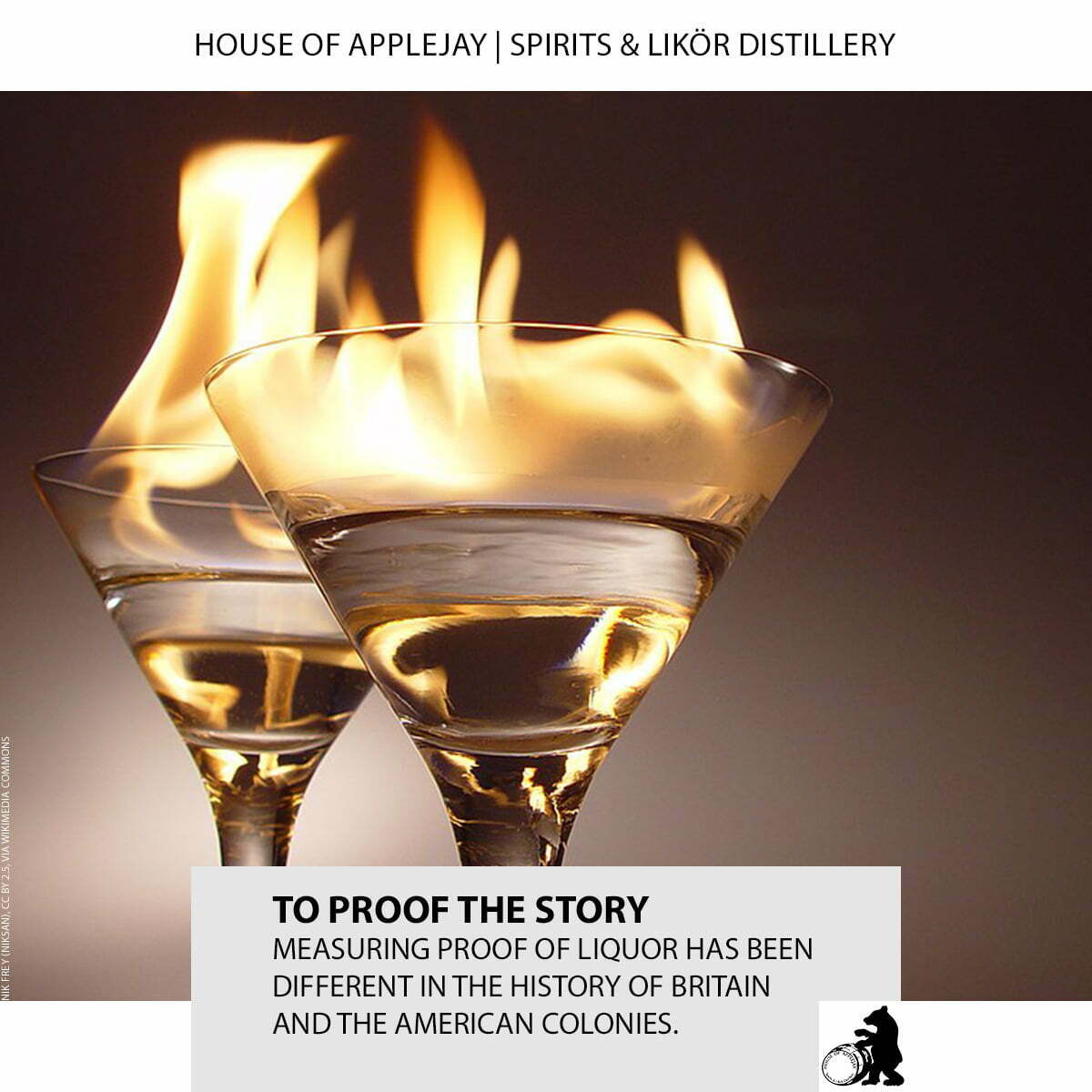 When in the 16th century the British began to tax liquor higher than beverages with a lower alcohol content like wine and beer, proof suddenly became an important term. The easiest way to proof a higher alcohol content was by soaking a gun pellet with alcohol and trying to set it on fire. In case it lit, the alcohol content in the liquor was high enough for gunpowder to ignite, the liquor was deemed to be a “proof spirit” attached with a higher tax rate.

In 1816 the British started to change the system and established finally with the the Customs and Excise Act of 1952 scientifically precise measures of density and gravity to determine proof threshold at 57.06% alcohol by volume (ABV). This measure was standardized 1952 (100 proof spirit is ~57% ABV). However, in the United States, the proof system was defined in 1848 in a simplified way as two times ABV.  Meaning, a Brandy of 40% ABV is 80 proof (American standards) whereas a proof spirit is considered 100 proof (50% ABV) or higher.

So, “proof” apparently is not always meaning the same, depending on who you ask.