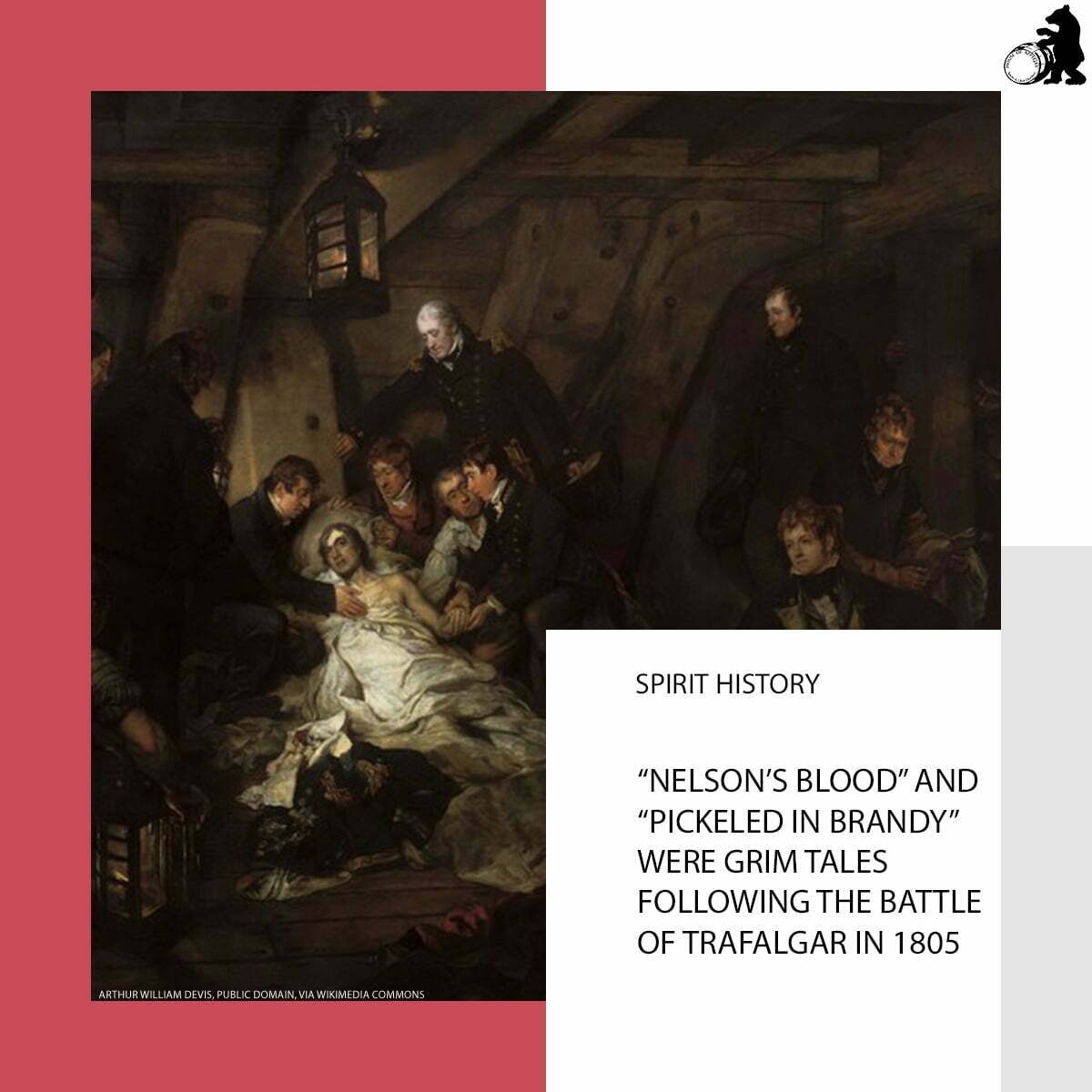 The Battle of Trafalgar on October 21, 1805 was a naval battle at Cape Trafalgar between the British and the allied French and Spanish as part of the Third Coalition War. It marks the beginning of more than a century of British supremacy at sea. Vice-Admiral Horatio Nelson was killed in this battle by a French sniper, but his victory finally thwarted Napoleon’s plans to invade the British Isles.

The story goes that the ship’s surgeon, Irishman William Beatty, decided to preserve Nelson’s body in a cask of Brandy, to bring the naval-hero’s body back to England. Back in England though the cask was empty, no Brandy was left in the cask, just Nelson’s body. Apparently, some sailors had drilled a hole in the bottom of the cask and drank all the Brandy. Horatio Nelson received a state funeral and was buried in St Paul’s Cathedral.

This story is explaining the term “Nelson’s blood” as a synonym for Brandy, whereas “tapping the Admiral” is used to describe a practice to suck Brandy with a straw directly from a cask.

There are several versions of this story, and some historians claim Nelson was preserved in Rum. One version claims that the rum that was left that preserved Nelson’s body was distributed to the sailors, who named it Nelson’s Blood thereafter. It is though very likely that drinking with a straw in secret from a cask predates the battle of Travalgar, and so would the term “tapping the Admiral” originally refer to stealing from Brandy or Rum from the Navy. And, most of the story is probably made up by spinning of “sailer’s” yarn.