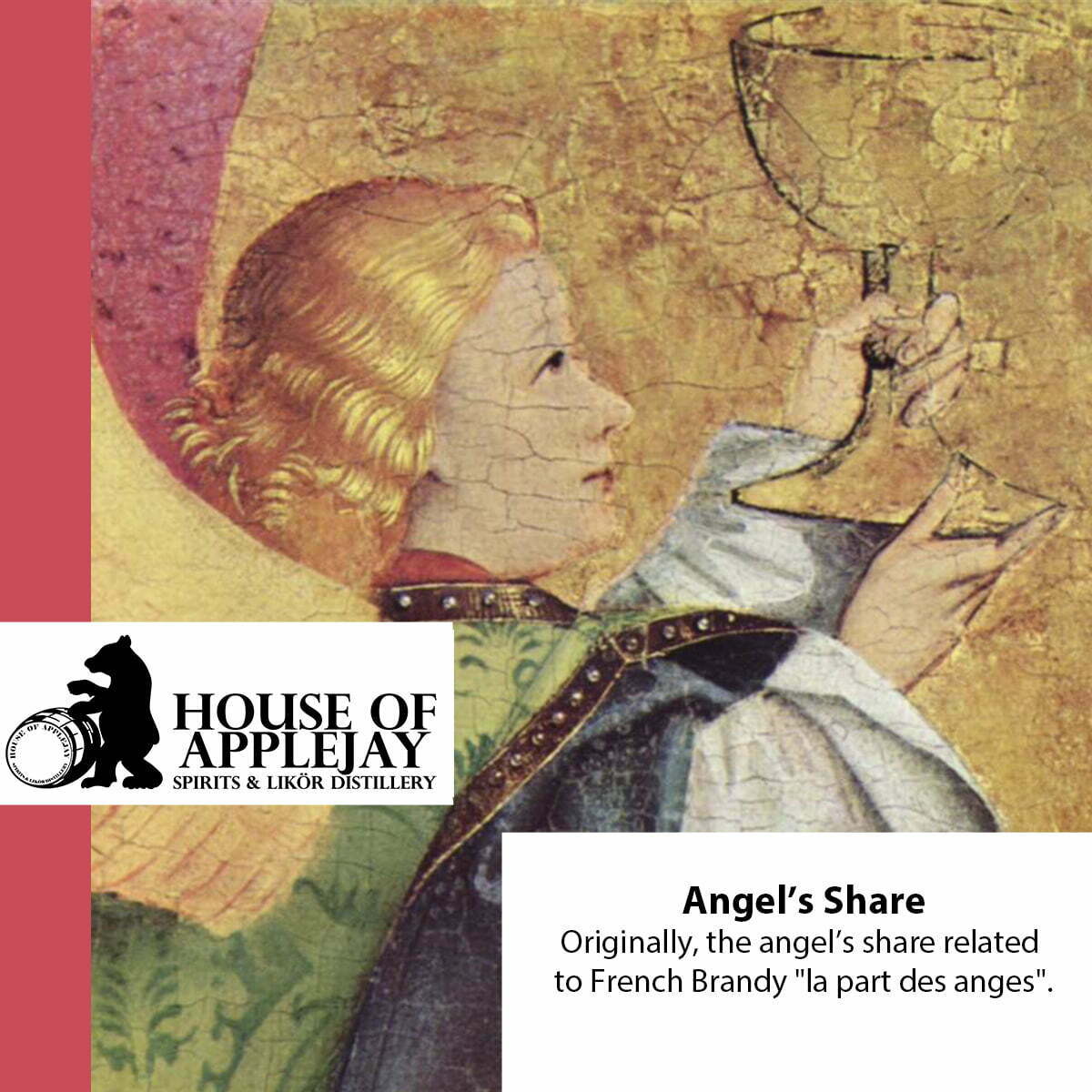 Legend is that a long time ago the people of Ireland and Scotland suspected that angels descended to earth and enjoyed a small amount of their whisk(e)y directly from their casks. The proof of that tale was easy as with bottling less whisk(e)y was in the cask as upon filling them.

(About 2-5% of whiskey is lost annually due to Angel’s Share evaporation in the aging process in oak barrels. Distillers around the globe believe that heaven loves fine spirits just as much as we humans do and that it a tribute worth paying to share with the Angels.

Despite the fact that the Angel’s Share Legend is placed either in Ireland or England, it is quite likely that the origin of the idea is carried over from the French “la part des anges” that referred to the barrel aging loss of French Brandy (Cognac) – as the the Angel’s Share. The term “Angel’s Share” is commonly in use in distilling since ca. the 1970th.