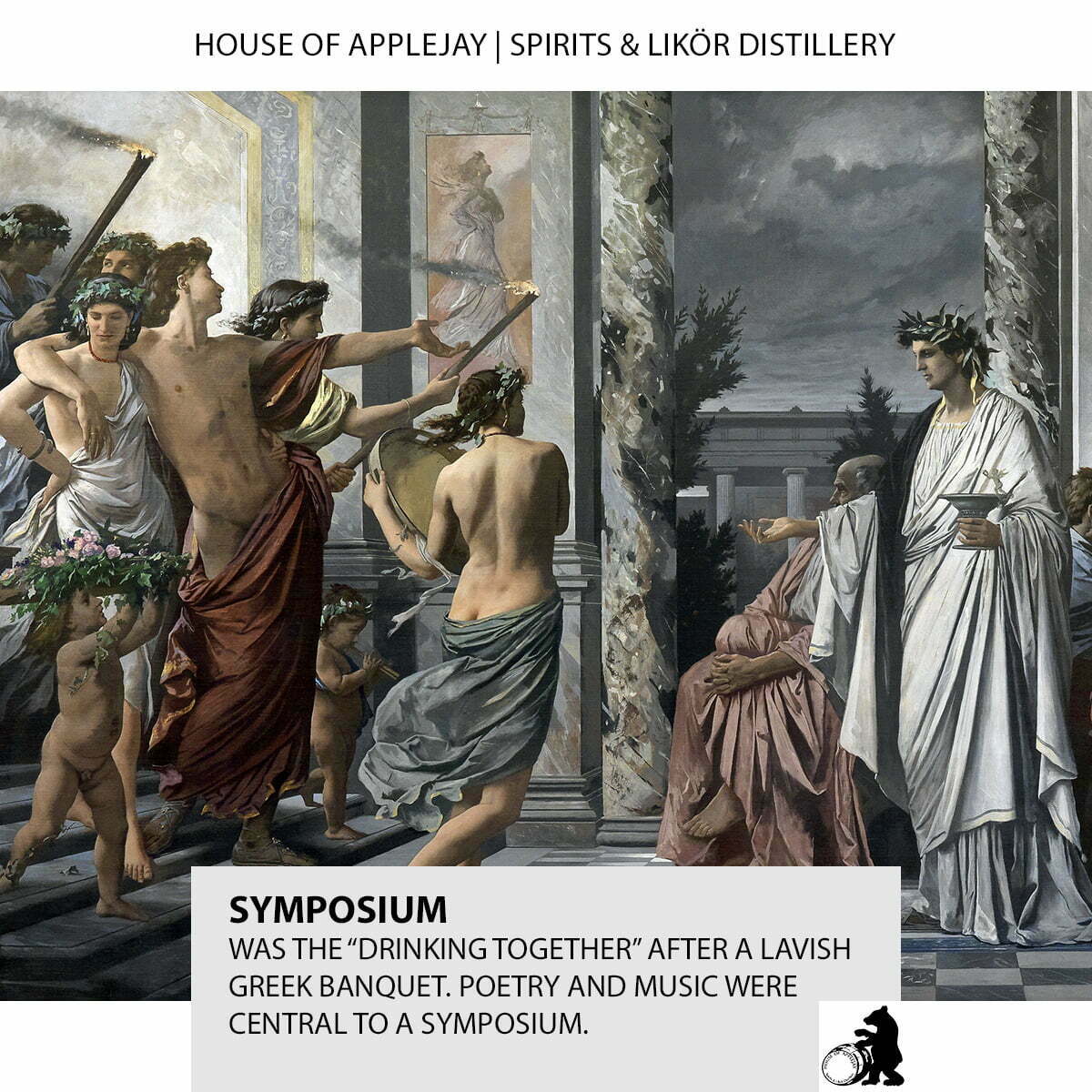 Symposium originally stood for “drinking together” that took place after a meal of a banquet in ancient Greece. Poetry and music were central to the pleasures of a symposium.

In Ancient Greece guests would gather around the altar of the home after the meal to start a symposium. The symposium included cultic acts of purity such as washing hands and sprinkling them with fragrant essences of ivy, myrtle, and flowers.

It was customary that the first sip of wine was taken in honor of the good spirit, the so-called Daimon. The drinking bowl was passed around and some wine was offered to the gods. The use of white and red wool bandages indicated membership to the circle of the servants of Dionysus, the god of the grape-harvest and winemaking.

Songs sang at the symposium were called scolia, and were played in honor of the god Apollo, the god of music and dance. A symposiarch was responsible for the details of the drinking event and the themes of the evening, sometimes drinking games like the very popular Kottabos were played. It was expected that one could find one’s way home unaccompanied after a symposium knowing that it was likely always quite a wild party.

The meaning of the term symposium used today only remotely corresponds to the original meaning.

← The Children's Hour Prohibition and Beer Cans →
Back to blog