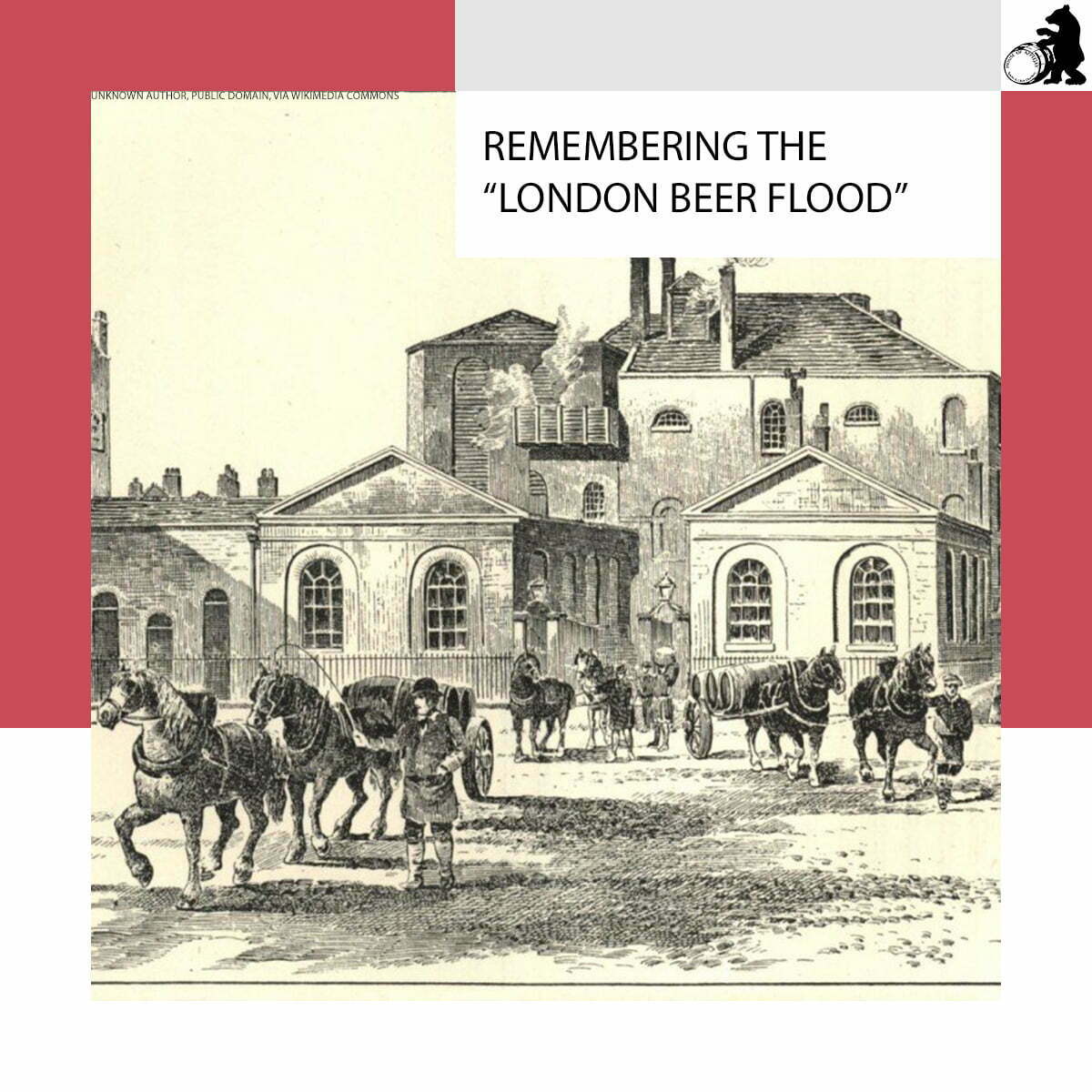 On October 17th, 1814, the parish of St. Giles, London, England, was hit by a catastrophe killing eight people in a flood of beer. The so called “London Beer Flood” was caused by a large keg containing over 135,000 imperial gallons (610,000 l) of beer that burst at Meux’s & Companies Horse Shoe Brewery on Tottenham Court Road. First, a keg that bursted due to corroded hoops and prompted the sudden release of about 7,600 imperial barrels (270,000 imp gal) of porter. This caused a ripple effect throughout the brewery building impacting further kegs and the structure of the building. The massive wave of beer estimated of more than 323,000 imperial gallons (1,470,000 l) that poured into the streets of London that day destroyed two houses and brought down the wall of the Tavistock Arms pub. The pub’s employee, Eleanor Cooper, died in that accident and within minutes George Street and New Street were also awash with beer. Seven other people died in the surrounding streets. The brewery was in the midst of the shabby houses and tenements of the St. Giles slum, where entire families lived in basements that quickly filled beer which caused people drowning in the flood unable to get out of the basements and cellars.

In 1922, the Horse Shoe Brewery was demolished. Ninety years later, in 2012, the Holborn Whippet, a local tavern, began commemorating the “London Beer Flood” with a specially brewed cask of porter. Read also about the Great Boston Molasses Flood of 1919.

← Linie Aquavit Paulanersche Doppelbock Brewed for Lent →
Back to blog